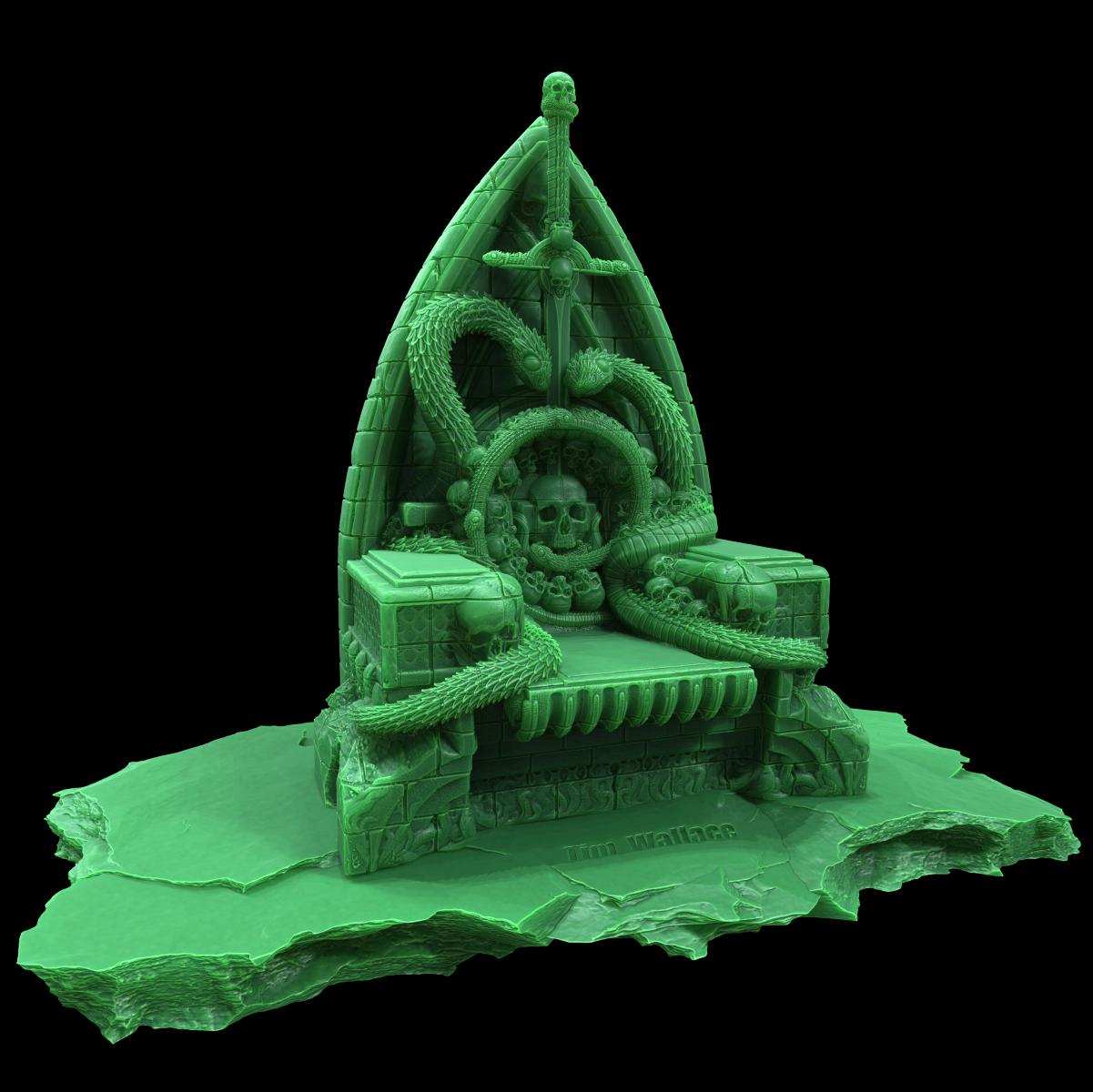 3DCoat is my go to software. I've been a professional 3D artist for over 20 years. I couldn't do my job without it. This throne was inspired by some work I was doing at my day job.