Power of Polygon modeling with with Voxels 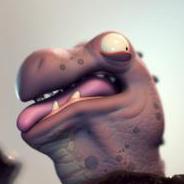