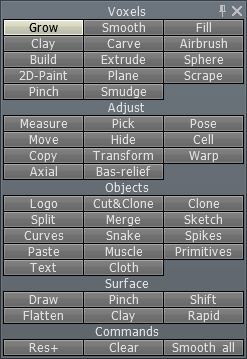 When you’re in Voxel Mode there is a robust set of tools that you can use for sculpting and to perform different operations. They are located on the left-side tool panel. You can always call the tools panel by pressing SPACE anywhere on the screen. As with any other panel, you can pin it for your convience.


You may watch a short video with general information about working in Voxels room: 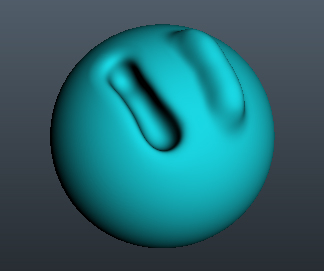 
In prior versions of 3D-Coat this tool was named Increase.

Fill. The Fill tool will fill any cavities that you apply the brush to. It’s useful when you just want to make cavities ‘not so deep’ and not quite level with the rest of the surface. It sometimes requires very high intensity settings to fill areas.

Clay. The clay tool will allow you to place strokes quickly onto your voxel sculpt. The difference with this tool and the carve brush, is that it will also simultaneously smooth the surface after you’ve brushed it.

Carve. The carve tool will allow you to place higher peaks and deep gauges quickly on your mesh withno smoothing applied to it.

Airbrush. The airbrush tool is great for placing horns or anything else like that very quickly. The difference between the airbrush tool and the increase or clay tool is that it constantly grows underneath your brush as you press the lm b regardless of forward movement.

Extrude. The Extrude tool is very similar to the carve tool. The difference is that the operation is also smoothed quite a lot.

2D-Paint. The 2D-Paint tool paints on two axis that you specify by right-clicking somewhere. Notice first, that as you rotate the view and move the brush, it’s moving along the two axis of which they are apparently specified. Now when you change it, it will always face the camera. Pick any pen you like and try to draw. Note that this tool also has an important option on the top tool bar: Double sided. With this option checked you can paint double sided strokes.

Planar. The Planar tool acts as a wood plane does. It will scrape the volume from set set position & normal of the brush cursor. You can set the brush cursors position/normal by clicking and holding the rm b and then dragging along the surface of a voxel object. There are five modes with which you can decide the position of the brush: 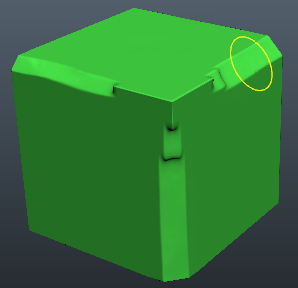 Scrape. The scrape tool is not affected by pens, just the size of the brush and the intensity. It’s very similar to the flatten tool. It flattens the surface beneath the brush.

Vox pinch. This is very great for making very nice tight edges, cavities and peaks. You can better see that on the pictures below.

Vox follow. This tool drags the surface topology along with the brush. It’s great for producing wrinkles and so on the character or a creature or for making cloth.