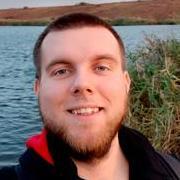 This is WIP P11 and I finished the character. Now will start to rig him and setup the pose.

In the video, I show the process of adjusting the skin and hair in the new Corona Render 1.7, as well as the retopology of some objects in 3d-Soat, texturing in the Substance Painter and setting up materials in the Corona render. Show using the textures for scuffs and dirt from the site Poliigon, as well as creating chains using the script BraidedHair. Combing the hair and fur in Ornatrix. Rendered on the Forrender.com farm. ( 2*Xeon e5 2670 56Gb RAM)

The noise threshold was originally set at 5%, as the developers themselves advise for Denoiser. But later I realized that I'd better render a little longer and bring the threshold to 2-3%, instead of using Denoiser. He did not like me very much. Still, the eye is pleasant more natural photo noise, rather than a smoothed picture. Especially if you put a threshold of 3-4% - the noise is almost invisible in 1:1. 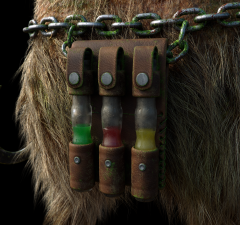 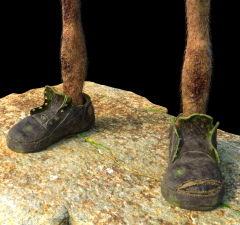 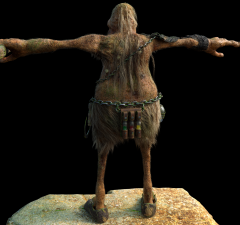 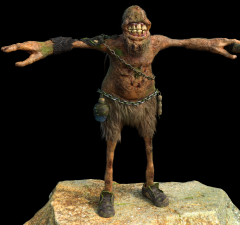 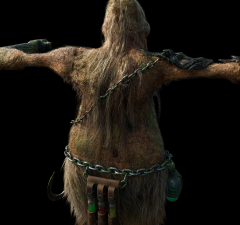 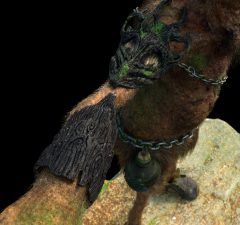 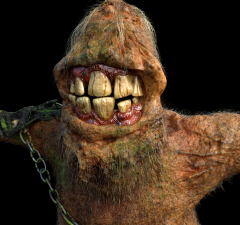 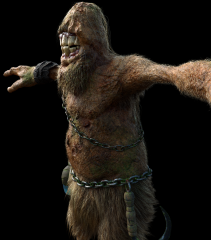 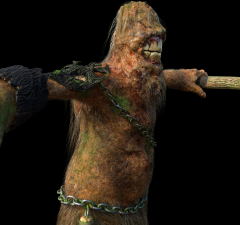 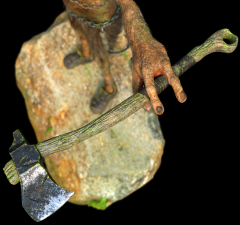